In Memory of Dr. Karel Klinka - UBC Faculty of Forestry, Vancouver BC


Received this sad information today on Dr. Karel Klinka, who I remember from my UBC Forestry days in the early 90's.  Needless to say he had a huge impact on forestry in British Columbia and on the many students and co-workers that knew him.


We know that Dr. Karel Klinka was known to many of our alumni and are passing on the information below in case you would like to attend the memorial. It is with great sadness that I share the news that Dr. Karel Klinka, Professor Emeritus of the Forest and Conservation Sciences Department, passed away on September 15, 2015.


Dr. Karel Klinka was an outstanding ecologist, forester, supervisor, mentor, collaborator and friend. His knowledge of plants distribution and ecology was encyclopedic and his ability to recall Latin names was legendary. His research and contributions to biogeoclimatic ecosystem classification provide the foundation for many provincial policies and practices - enduring legacies that guide sustainable management and conservation of British Columbia's forests.


Karel was born in Prague, Czechoslovakia, June 18, 1937. He earned his For. Ing degree from the Faculty of Forestry, Charles University, Prague in 1960. He immigrated to Canada in 1969 and earned his Ph.D. in the Faculty of Forestry, UBC in 1976 under the mentorship of renowned botanist Vladimir Josef Krajina. Karel had a distinguished career holding various positions with the BC Ministry of Forests, and then joined the Faculty of Forestry at UBC in 1980, where he taught forest classification, silvics and silviculture. He carried on the research of Krajina in plant ecology and ecosystem classification and he mentored 22 graduate students and 4 post-doctoral fellows over 20 years as a professor. He was recognized for his many contributions and achievements - he was the recipient of the 1977 Distinguished Forester Award from the Association of BC Professional Foresters, the 1989 BC Science and Engineering Gold Medal, and a 1993 Killam Teaching Prize at UBC.


- Sent on behalf of the Faculty of Forestry
Posted by DomainMedia at 11:39 AM No comments:

The Frozen Forest - West Kootenay BC

With temperatures just under 0 degrees C, all the trees were covered in ice crystals and stayed like that the whole day. 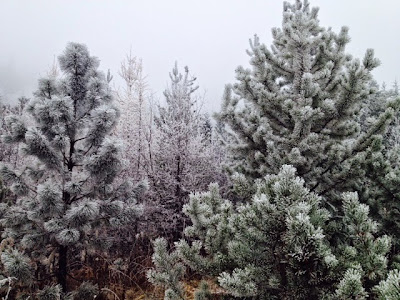 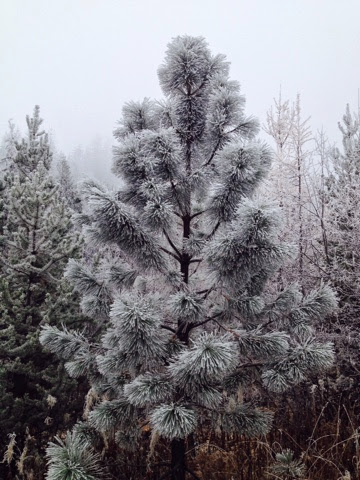 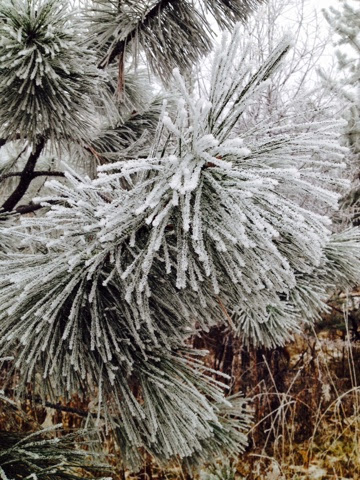 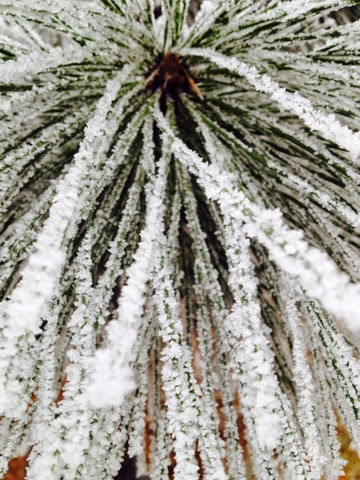 Posted by DomainMedia at 12:26 AM No comments:

ForesterBlog.com
This time of year is always an interesting one to work in, in Southeast BC.  You might get sunny weather, but you also have to be ready for rainy days, colder temperatures, and even snow.  Here are a couple shots of the first (light) snowy day of the season, working near Salmo. 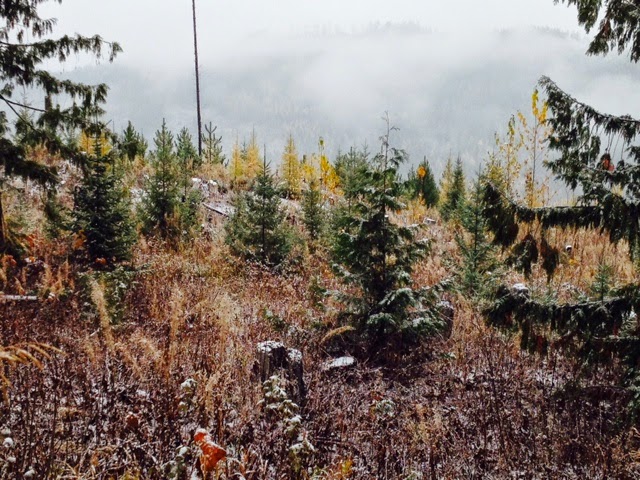 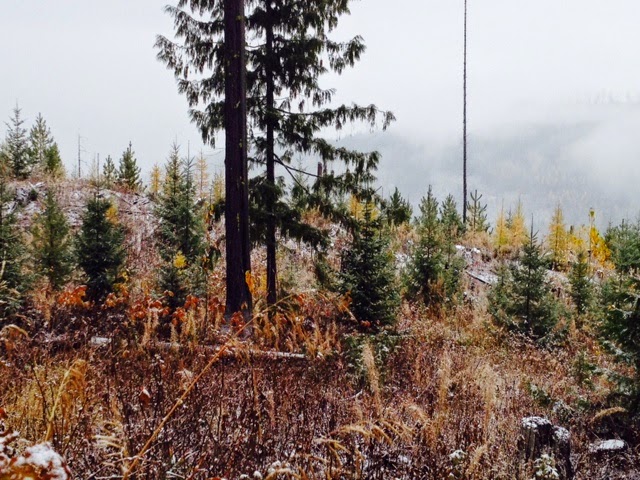 Posted by DomainMedia at 10:55 PM No comments: 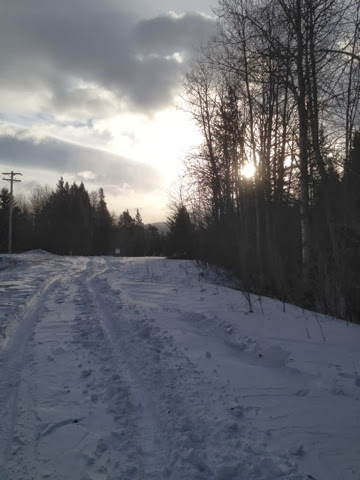 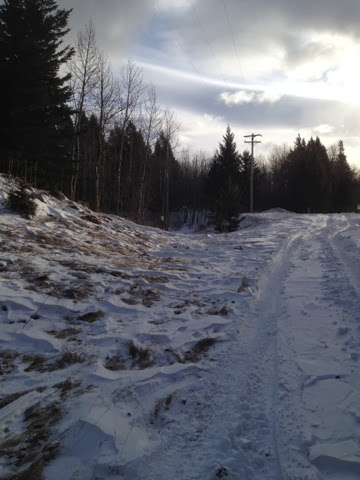 Posted by DomainMedia at 10:54 AM No comments:

One of the cutblocks that was planted this year. 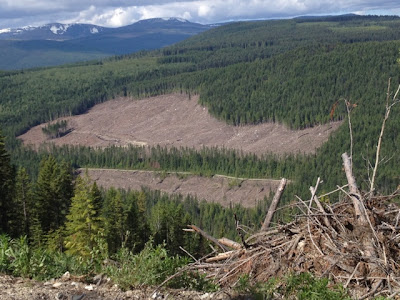 Posted by DomainMedia at 6:08 AM No comments:

Email ThisBlogThis!Share to TwitterShare to FacebookShare to Pinterest
Labels: Planting 2013

Forestry - The Times They Are a Changing!

Back in 2008 it seemed like the bottom had fallen out of the lumber market.  US housing prices and construction declined, most of the world went into recession, and lumber prices were down.  2009 wasn't much better, and in the years since there have been some signs of recovery, but no giant leaps forward.

The effect of this decline was that forest companies were less profitable, jobs were less plentiful, some mills shut down or reduced capacity, small communities were affected, and forest workers moved on to other better paying jobs and industries.  If there hadn't been lumber demand from Asia it likely would have been much worse.

Like with all commodities, when prices decline production starts to pull back and the workforce starts to shrink.  This continues until demand starts to pick up again, and an industry has to ramp up to meet increasing demand.

It appears we are finally at that point.

Lately, there are reports and articles coming out almost daily on positive lumber price forecasts and demand.  Buy recommendations have been coming out on forestry stocks.  US housing is showing signs of life again, with new starts once again increasing to address shortfalls.  Asian demand hasn't gone away.  Could it really be that lumber is turning into a hot commodity?

The article below explains a lot of what is happening.  In short, demand for lumber is picking up again at a time when mill capacity has been reduced, forest workers are scarce, allowable cut levels in some provinces have dropped, and mountain pine beetle damaged timber harvests are decreasing.

If you have stuck out the last few years in your forestry job, it looks like there may be brighter days ahead.  If the forecasts are correct, improving lumber markets will benefit communities, families, forest workers, forest companies, and government revenues.  It will also allow more money to go back into the forest, for things such as wildlife, stream and research projects.

Here are some excerpts from a recent article, with a link to the full article below:

“The economy went into a recession in 2008, but the lumber business went into a depression,” said Mr. McIver, West Fraser’s vice-president of sales. “For the last five years we’ve been waiting for some sort of recovery, but we are really beginning to feel like things are getting better.”

Lumber prices have surged to their highest level in nearly eight years, busting out of a slump and lifting the outlook for producers. The commodity’s comeback has been a roller-coaster ride, but in this latest phase, industry experts say the highs will persist for longer while the lows won’t be as harrowing as in the past.
Lumber’s winning streak has been fuelled by a rebound in U.S. housing starts, robust exports to China, restricted timber supplies in Canada and a series of North American sawmill closures.
After a pullback to $210 in the spring of 2011, lumber prices have shot up to their recent level of $390, tripling over the past four years and bolstering producers along the way.
The combination of a revived U.S. housing market and tightened timber supplies will help spark an unprecedented supercycle for lumber – a long period of rising prices for the commodity, Mr. Swetlishoff said.  While there will some bumps ahead, lumber is in the early stages of an extended bull run, he said.
Article:  A lumber boom that’s built to last
http://www.theglobeandmail.com/globe-investor/a-lumber-boom-thats-built-to-last/article7608016/

Posted by DomainMedia at 10:54 AM No comments:

The number of trees planted in BC in 2013 is expected to rise, according to the WSCA ( Western Silvicultural Contractors Association).

Planting 2013 forecasted as one of the largest since mid 90s.

Using the latest sowing request (SPAR) data for planting in 2013, the WSCA is forecasting one of the largest seasons in years. Next year could see nearly 260 million seedlings planted - up from 237 million this year according to SPAR. The 2013 estimate is based on the number of seedlings already sown, combined with the historical trends for summer planting stock orders. Those 2013 summer planting requests are just now coming in, but over the last few years the Interior summer plant sowing has been around 40 million seedlings annually. Sowing requests for summer planting have also been increasing over the last few years along with the provincial total. If that trend is consistent, we could see an annual total approaching 260 million, the third largest since 1997. The other big years were 2006 and 2007; just before the crash hit the sector with planting ebbing as low as 165 million by 2010.

With the spring planting numbers confirmed, the trends by region show the Northern Interior to be the prime beneficiary, increasing from 71 million to 82 million next spring. The Coast region is seeing a three million increase to 20 million seedlings for the spring. The South Interior is the only depressed trend, dropping slightly from 102 million seedlings to 98 million next spring. Summer planting this year in those regions came in for the Coast at 8 million including this fall, the North Interior at 25 million, and the South Interior at around 12 million.

Will there be enough planters?

The pair of big years in the last decade produced the only upward blip in rates paid to workers. Other than the short-lived 2007 five percent up-tick, piece rates continued their decline into 2011. This extends a discouraging downward trend of about 33 percent along with inflation since 2000. Figures for rates for 2012 are not available, but last year's 2011 exit poll asked workers to report their earnings per day. Besides the fact that the majority of the workers said they were underemployed needing up to another month of work, the figures reported showed half the industry's planters are earning less than $22 per hour for at least a ten hour work day. This places them at the very bottom for earnings in the resource sector. If there were planters working as United Steel workers, they would earn around $23 for an eight hour day and much lower production expectations. Mining wages start around $28.00 hour and the oil & gas sector begins around $35.00 per hour.

The WSCA is just now developing a human resource strategy for the silviculture sector thanks to government support through the Labour Market Partnership Program and the Ministry of Jobs, Tourism and Innovation, but it will be another year before that process can begin to reliably report out on the trends affecting our workforce. It will take just as long to come up with a recruitment and retention strategy for the sector, as well as guidelines and best practices for individual firms. Nevertheless, the anecdotal evidence suggests that getting the job done in 2012 pretty much tapped out the provincial planting capacity. There were no extra planters and in some cases there weren't enough. What may have saved the sector from wider default was the weather and the extension that added a couple of weeks to the spring plant into late June and early July. If we have reached peak capacity now, much depends on what the jet stream serves up next year, an El Niño year. Much also depends on whether workers think they are being treated well and paid what its worth to do actual hard work for a living. With the uncertainty around those two factors, there is a risk of a capacity crunch in 2013.

The volunteer working group in charge of developing a human resource strategy for the silviculture sector has sent out its annual survey for workers and employers. Please circulate the survey to your employees and urge them to answer the confidential poll. We also want to gauge the mood of the employers in the sector too and have added a special section. You can help by getting yourself and your workers to go to https://www.surveymonkey.com/s/D2T7M5J

The results of the survey will be made available after this year.
Please help us spread the word by circulating this email to as many people as possible, including other contractors, coworkers, employees, suppliers, any other interested parties, etc.
Thanks,
JOHN BETTS

Kootenay forest near Nelson BC

This blog is brought to you by Robert Borhi, Registered Professional Forester. I work as a consulting forester in the province of British Columbia, Canada.
Email me at:
earth@borhi.com